This years edition of the reality TV show, Big Brother Naija has come to an end with it’s glitz and glamour.

Five housemates went into the finals with the aim of making history as the first housemate to win the grand prize of 60 million naira.

However, Mercy who had an argument with Tacha which led to her disqualification has won the show, in the process making history as the first female to win the reality show.

Mercy was in the house from start to finish and her altitude and hard work has led fans into voting her as the winner. 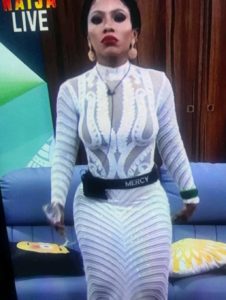